THANKS FOR MAKING THE 2017
SPRING WATER FESTIVAL A SUCCESS!!!

Directions to Festival
From I-85 or Hwy. 29, exit onto Hwy.8 to Pelzer.
Right on Hwy. 20 into downtown Williamston 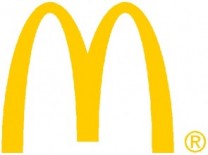 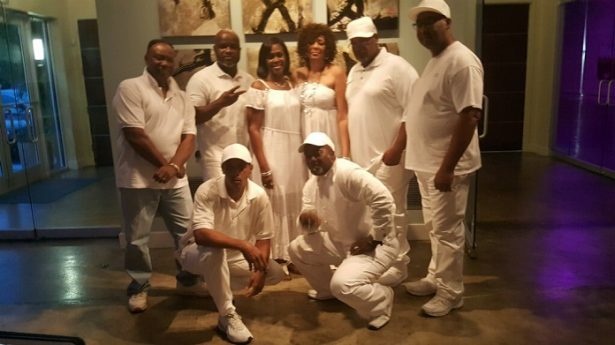 The Royal Scotsmen Band is a group of veterans who display a genuine enthusiasm for their music and share and include the audience in the fun they have in their performances.
Led by Ed and Joe Chambers, joined by sister Kim, the group performs Beach classics, as well as original radio hits from their own CD’s. Rounding out the group is Cheryl Bryson and Judd Terrell on keyboards, Mike Smith on guitar, while Keith White lays down the beat on his drums. Paul Fitzgerald, sax, and David Vandenburg, trumpet, add their brassy riffs to the mix.

Amusement rides will be oriented toward younger children this year, organizers said. Unlimited ride bracelets will be offered at $10 per bracelet on Friday
Upstate Service Solutions will be giving out free glow bracelets at the Amphitheater stage on Friday evening.
Spring Water Festival hours on Saturday will be 9 am to 4 pm.
Entertainment on Saturday will feature Blue Sky Blues Band, Tom Fisch and Wilson Banjo Company. Christian Country Gospel group Eternal Vision will headline entertainment on Saturday.
Eternal Vision is an exciting and energetic group hailing from Knoxville Tennessee that has been a favorite of Gospel music fans for more than 25 years. The group is known for a progressive sound that is still respectful to the “old standards” that Gospel music fans have come to love.
The group is celebrating their first number one song on the Power Source Christian Country Top 100 playlist. “More About My Lord” was written & arranged by Lead Singer, Michael Shannon Shelby. 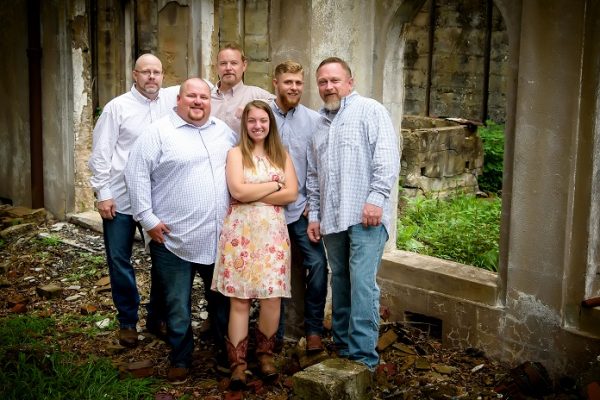 Wilson Banjo Co. is a hard driving Bluegrass band from Upstate South Carolina, founded by Steve Wilson, Banjo picker & Master Luthier.
The band was initially formed to promote Steve’s custom made banjos but has since expanded when their debut EP attracted a surprising amount of attention after its initial release to radio.
Personnel in Wilson Banjo Co. include Steve Wilson on banjo, Joey Newton on guitar, Sarah Logan on fiddle, Brandon Couch on Mandolin, Rob Walker on bass and Dylan Armour on Dobro, with each member contributing on vocals.
As a performing band, they endeavor to deliver an energetic display of traditional bluegrass music, backed by the notorious drive that Wilson Banjo Co. fans have come to know and love. Their humor and entertaining banter on stage reflects a level of cohesiveness and professionalism not easily attained by young bands.
There will also be an all day gospel stage and children’s stage this year. 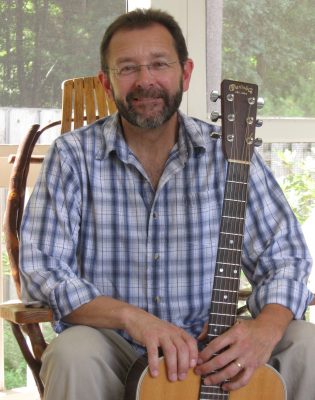 Tom Fisch will return for an acoustic show on the Amphitheater Stage and a sing-along for kids on the children’s stage. Audiences enjoy his warm, appealing style, diverse range of material and talent.

For more information, the 2017 Spring Water Festival Program Tabloid can be found in The Journal this week and will be available during the festival.

The Guthrie Grove Church will again sponsor the Duck Pond Game for children at the Spring Water Festival. This free activity allows children the opportunity to try their luck in our kids ponds filled with rubber ducks and friendly fish. They will be located beside the Long Shelter in the center of the park. come by and enjoy the fun!
Tom Fisch from Hendersonville, NC will also entertain on the childrens stage. Tom will be performing songs from his CD “Songs For Kids” which is full of familiar traditional favorites including Twinkle Twinkle Little Star, She’ll Be Comin’ ‘Round The Mountain. and Somewhere Over The Rainbow. It also includes newer classics like The Wheels On The Bus, Baby Beluga, and Going To The Zoo.
Tom will perform on both the Children’s Stage and the Amphitheater Stage.
Also appearing on the children’s stage, Buttons the Clown, Upstate Dance and Jack’s Drum Shack.
This year the Spring Water Fesitval is bringing Will & Kris Amusements back and they are bringing new rides catered to the little ones. END_OF_DOCUMENT_TOKEN_TO_BE_REPLACED

Bob Seymore STATUARY
Living Statue
Depicting Williamston Founder West Allen William
Visitors to the Spring Water Festival should be on the look out for a living statue depicting the town’s founder West Allen Williams. Don’t be startled if the statue begins to move, or talk! Bob Seymore of Atlanta will bring the fantastic world of STATUARY to Williamston for the 2017 Spring Water Festival. This detail driven living statue company, has brought a full range of entertainment to its guests for over 4 years. Bob has been performing world classic pantomime for over 42 years and has performed at many events throughout the southeast. He has a developed eye for detail with each of his living statue characters, capturing the realism look of metal or stone. END_OF_DOCUMENT_TOKEN_TO_BE_REPLACED

For the 2017 Spring Water Festival, West Main St. will be closed from Gossett Drive to Minor Street from 9 am to 4 pm on Saturday, Aug. 26. The Williamston Police Dept. recommends the following locations when looking for parking at this year’s festival.
Main St. in front of the Park will be blocked from 10 a.m. to 4 p.m. on Saturday, Aug. 26 with a detour on Minor, Cherokee Rd., Mauldin and Academy, Broad, Gossett, Williams and Mill Streets. No streets will be closed Friday, Aug. 25.
PUBLIC PARKING
Behind Soccer Fields – Limited parking will be available in front of (from Main St.) and behind the soccer fields with access from Mauldin St. Festival goers parking in this area can easily walk under the Main Street bridge to the craft and food area.
The Artory (Armory) on Gossett St. – Public Parking available with short walk to craft and food area of the festival.
Minor St. – Ball Fields located behind the Williamston Municipal Center will be the primary parking lot and will be filled first, allowing visitors a quick and easy walk to all of the festival activities.
HANDICAP PARKING
Handicap parking will be available with decal beside the Historic Depot on Main St. and in front of the Municipal Center from Minor St. and Main St. END_OF_DOCUMENT_TOKEN_TO_BE_REPLACED

There will be a number of special attractions this year including the Clemson Tiger and a living statue depicting the town’s founder West Allen Williams. Don’t be startled if the statue begins to move, or talk! Upstate Service Solutions will have a misting tent available to help visitors stay cool.

The Spring Water Festival offers a wide selection of food items that festival goers are sure to enjoy. Eleven food vendors, some local and some not, will offer their specialties.
There will festival favorites including Philly Cheese Steaks, Bratwurst, Barbecue, Hamburgers, Hot Dogs, Corn Dogs,  Barbecue Pork, Chicken, Ribs and Sandwiches to Chili Chees Fries,Fried Mac & Cheese, Chicken Tenders and more.
Specialties include Filipino Cuisine with pork or chicken BBQ on a stick, and Mexican favorites Tacos, Burritos, Quesadillas and Nachos.
If you are looking for something sweet that you don’t find everyday, there will be funnel cakes, deep fried Oreos and chocolate dipped cheesecake. Cool and sweet items at the festival include homemade ice cream, milk shakes and shaved ice. Other delicious festival snacks include kettle corn and boiled and roasted peanuts.

Entertainment on the Amphitheater Stage Friday, Aug. 26 will include Beach, Motown and Party Music on Friday with local favorites, The Royal Scotsmen Band and Odyssey. Upstate Service Solutions will be giving out free glow bracelets at the Amphitheater stage on Friday evening.

Entertainment on Saturday will feature Blue Sky, Tom Fisch and Wilson Banjo Company. Christian Country Gospel group Eternal Vision will headline entertainment on Saturday. The group is celebrating their first number one song on the Power  Source Christian Country Top 100 playlist. “More About My Lord” was written & arranged by Lead Singer, Michael Shannon Shelby,
There will also be an all day gospel stage and children’s stage this year.

The 36th Annual Spring Water Festival  will begin a week early this year with the AnMed 5K Spring Water Run being held this Saturday, Aug. 19. The run is sanctioned as an RRCA Grand Prix event. The 5K open race will begin at 8:30 a.m. There will also be a 1 mile fun run at 7:45 a.m. AnMed Health is sponsoring the event and will provide drinks and snacks for runners.
There is still time to sign up for the run. Pre-registration ends on August 18. Packet pickup and pre-registration will be held on Friday, (Aug. 18) from 5 p.m. to 7 p.m. at Ace Hardware, 29 Pelzer Ave. in Williamston.
Spring Water week will also include a Tailgate & Tents
Total Solar Eclipse viewing event beginning at noon on Monday, Aug. 21 on the ballfields behind the Williamston Municipal Center.
Later in the week, the Spring Water Festival will begin on Friday, (Aug. 25) evening at 6 p.m. with food, rides, craft and display vendors.